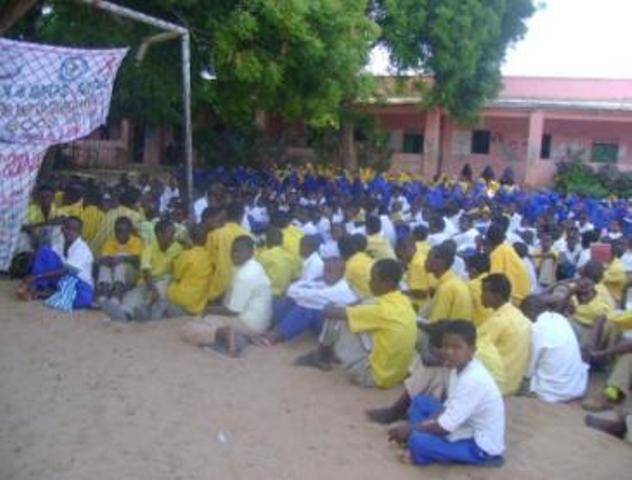 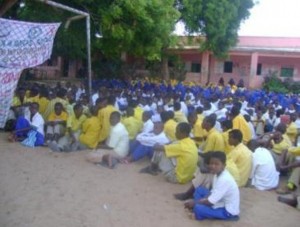 December 1st Every year, World AIDS Day is observed across the globe. In Somalia, this day has been widely marked this year. Organization for Somali Protection and Development (OSPAD) taking part in these events held several public gatherings aimed at shedding light on the dangers and health hazards associated with  HIV/AIDS.

Events held on this day included:

Around 700 students gathered at Djibouti primary and intermediate school. A senior official from OSPAD addressed the children on HIV/AIDS. The information given at this meeting included ways of preventing the epidemic and how it gets passed from one person to another. The children showed great interest and enthusiasm to the event and played a brief role play concerning how the society can be free from the infection of HIV/AIDS. The participants were served with posters and stickers bearing awareness and preventive messages were distributed to them.  Present at this occasion were members from the local media thus giving the occasion wide media coverage. 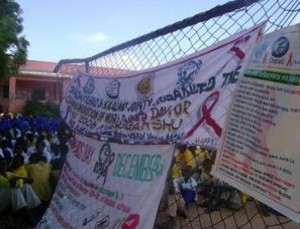 A big rally was held at OSPAD’s office with the participation of members from the civil society such women, youths, journalists, elders, doctors, nurses, intellectuals and others. Those in the rally numbered almost 200. Abdinour Osman Wehliye, chairman of OSPAD addressed the meeting, speaking at length about HIV/AIDS in terms of its prevalence in Somalia, its health related problems and how best it can be combated. Mr. Wehliye talked deeply about how OSPAD played a lion’s role in alerting the society against HIV/AIDS by carrying out successive campaigns with the support of UNICEF and Global Fund. He said that the only fruitful method of fighting HIV/AIDS for the time being at least was awareness raising as the country did not have screening and medication facilities due to the absence of governmental health body responsible for the management and control of the disease. Speaking at the meeting also were two high ranking officials from South Central AIDS Commission (SCAC). The two spoke about the activities of SCAC in south and central Somalia saying their commission had networking with other likeminded regional and international organizations.  The local media was invited to this meeting for disseminating ideas and views exchanged by the participants. All in all, thanks due to this media coverage HIV/AIDS was the byword of town on this day. In the end, refreshments were served to all those in attendance and the ceremony came to a successful conclusion.

OSPAD in commemoration of world AIDS Day prepared and distributed hundreds of Information Education and Communication Materials (IEC). These materials include slogans, brochures and stickers all carrying messages and mottos depicting the social mishaps of HIV/AIDS and how the society can stay alerted against it.

In Somalia, although many non governmental organizations carried out quite a lot of awareness campaigns, unfortunately many Somalis continue to look at these awareness programs with great suspicion. Some never believe in the existence of HIV/AIDS or it can affect them thinking that this disease is there to affect only certain people! Some think the aim behind these programs is just to make funds by these NGOs for themselves.

OSPAD sees the need to continue awareness programs on AIDS as it remains for the time being the only and most effective tool to combat the epidemic. Unless you dispel the baseless dogma held by many Somalis that “AIDS is there to affect others not them” it will always be difficult to have a tangible success in preventing the scourge. So much needs to be done to have all the Somalis on board with the prevention campaigns. OSPAD also recommends the establishment of Voluntary Counseling and Testing centers (VCT) for those who need protection and caring services. Strenuous efforts need to be made to teach the society about HIV/AIDS and the fact that everybody can catch it. This, at the end of the day, creates the tendency of individuals towards voluntarily coming forward for testing. 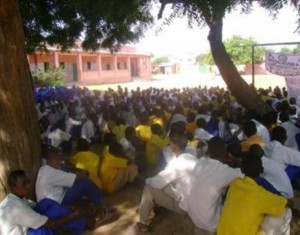 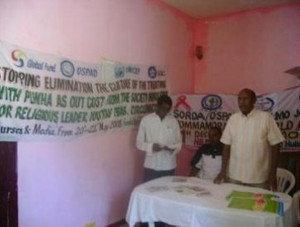 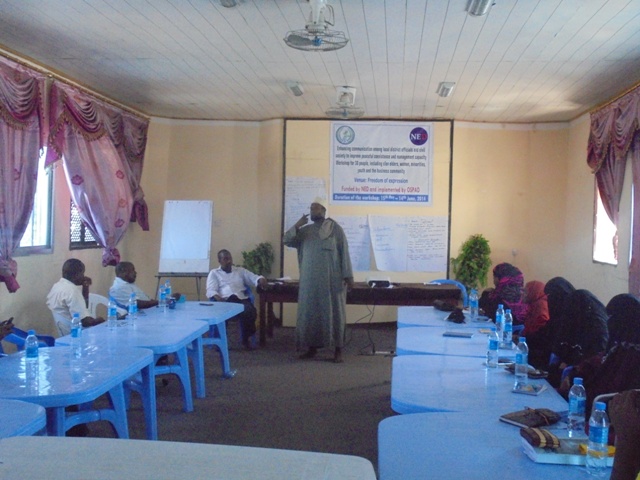 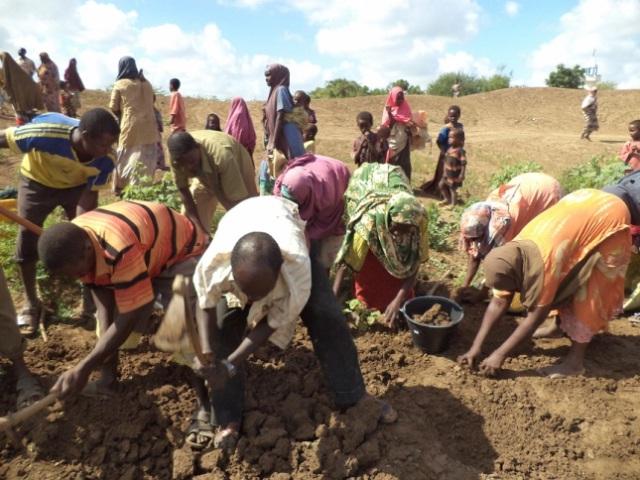