Organization for Somalis’ Protection and Development OSPAD has been involved in Local Economic Development/Employment Generation for Early Recovery activities since 2010 in partnership with UNDP. This project has two main objectives:1) to create temporary employment for poor and low income families from IDPs and host communities in Mogadishu and 2)  to rehabilitate public infrastructure and buildings such as schools, hospitals, health posts, roads, markets etc. 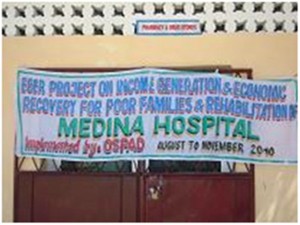 From 2010 -2011 OSPAD conducted three such projects and rehabilitated: 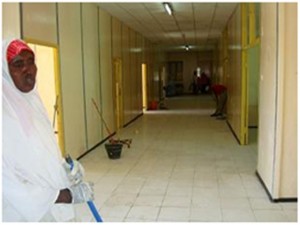 For almost twenty years the hospital did not get any rehabilitation work until in the year 2010 UNDP approved funding a project aimed at rehabilitating parts of the hospital implemented by OSPAD. 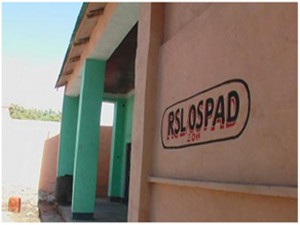 During the three months of the project life six pharmacy rooms, pharmacy yard and ICU/Female ward were properly rehabilitated and brought back into
full operation state.

After rehabilitation, the hospital is offering better and more improved health services to the local community.

Hamar Boarding and secondary school was built in 1973.
It was one of the public schools administered by the former government.
The school is located near KM4 in Hodan district of Mogadishu.

Hamar boarding and secondary school was re-established/revived in 1999
by the community in its dilapidated condition.

Thanks to the rehabilitation the school achieved the following:

Elgab ambulatory: Elgab Ambulatory health post remained
out of operation for twenty years following the overthrow of the military government. During this long period, the post has been in the hands
of individuals who had no health background or any other knowledge.
This resulted in the destruction of the Ambulatory with its roof removed
and its wall and rooms in dilapidated conditions.

Residents of Waberi and nearby neighborhoods were lucky when OSPAD succeeded in a acquiring a project to rehabilitate the Ambulatory with the funding of UNDP.
The rehabilitation exercise has now been concluded and the Elgab Ambulatory Health Post is once again ready and in a better position to provide health services to the local community.

Under this project the following parts of the Elgab ambulatory health post were rehabilitated:

o   One water tank was constructed

o   In the MCH section: 7 rooms were rehabilitated

o   In the OPD (outpatient department) 8 rooms were rehabilitated

o   One new incinerator was constructed 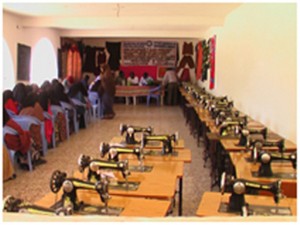 Hamarweyne MCH: Hamarweyne MCH is located in Hamarweyne district of Banadir region. Hamarweyne is a home to an estimated 250,000 households
of original residents and IDPs combined.

During the lengthy time the MCH was in operation thousands of mainly women and children had received   prenatal and postnatal care and treatment and feeding for children under five.
OPD (out-patient department) within the MCH premises also provided free medical checkups for other thousands in and around Hamarweyne district.

Throughout the three EGER projects, 1,166 most vulnerable and destitute people were temporarily employed. These employees had significantly changed the lives of their families by accessing the most basics of life such as
food, clean water, medicine and schooling for their children.

Moreover, the estimated 2.5 million communities in Mogadishu will benefit from the rehabilitated public facilities. 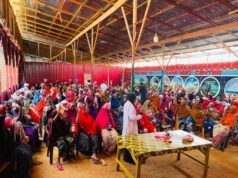 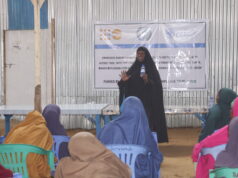 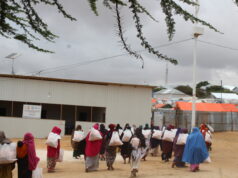